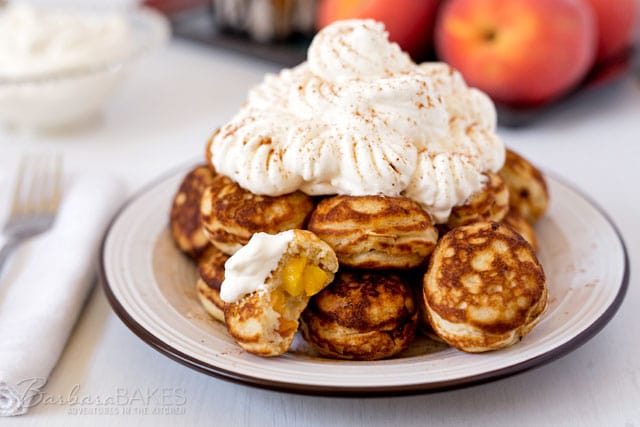 Start your day off with these not-too-sweet, light and fluffy Danish pancakes filled with ripe, juicy peaches topped with lightly sweetened whipped cream. These Peaches and Cream Ebleskivers would be a great breakfast or dessert for a special occasion or any day of the week.

I’ve lived in the same house for the last 25 years, and am lucky to have some really great neighbors who are also my friends. One of my back door neighbors is Helen. She’s one of the sweetest ladies you’ll ever meet. She’s kind, generous, and always has a smile on her face.

Helen and I were talking about recipes recently and she mentioned that she makes ebleskivers every year for her family for Christmas. She offered to email me the recipe. Then not only did she email me the recipe, she gave me a new ebleskiver/abeleskiver pan that she’d bought for a gift and never used. 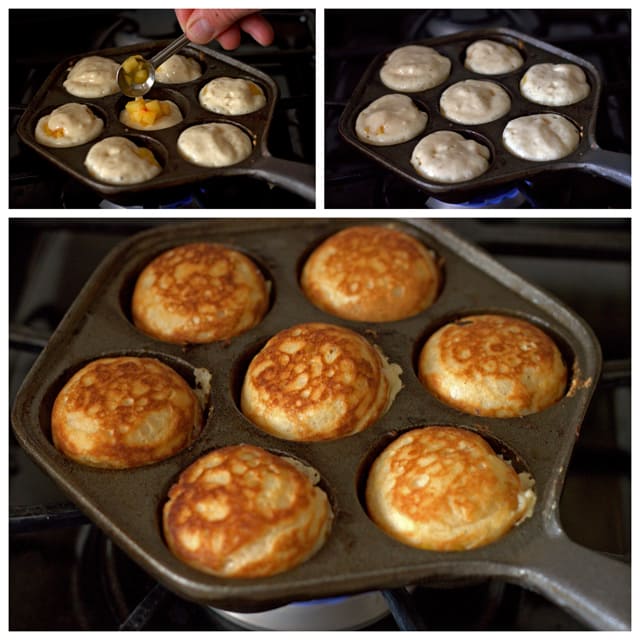 Danish meaning apple slices, also called “appleskives” are traditional Danish pancakes in a distinctive shape of a sphere. Somewhat similar in texture to European pancakes crossed with a popover, æbleskiver are solid like a pancake but light and fluffy like a popover. The English language spelling is usually aebleskiver or ebleskiver.

Helen’s recipe says to flip the ebleskivers with a knitting needle, but I haven’t knitted in years and didn’t want to hunt down a knitting needle so I used a chop stick. I found it was easiest to flip the ebleskivers using a two step turning process. Turn it on its side and let the batter flow down a little bit, then flip it all the way upside down. 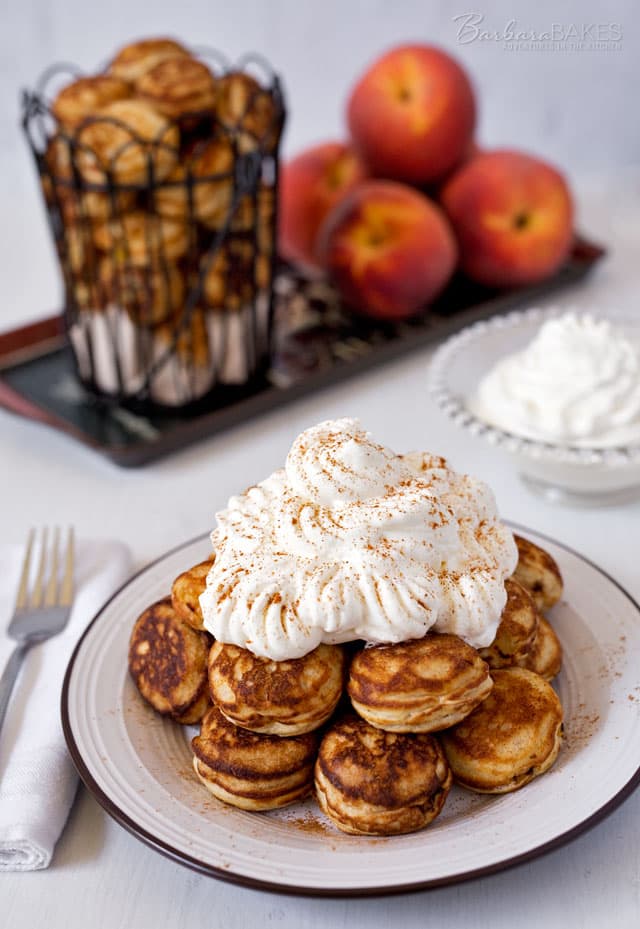 Peaches weren’t included in Helen’s recipe, and peaches are definitely not traditional. But since it’s peach season and I’ve gotten some heavenly peaches at the market lately, I could resist making a peaches and cream version.

The recipe makes about three dozen ebleskivers, which seemed like a lot, until we started eating them, and before I knew it my family of five had devoured them all. I can see why they’re a tradition for Helen and her family.

Thanks so much Helen, not only for the new pan and the recipe, but for your friendship over the years!

16 comments on “Peaches and Cream Ebleskivers”