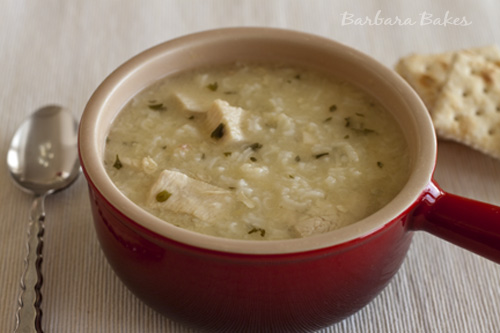 I always thought I didn’t like soup very much, but it turns out I just don’t like canned soup very much. Making soup at home makes a huge difference in flavor and especially the texture of soups. The vegetables in homemade soup aren’t mushy, you can make it as meaty as you’d like, and great homemade soup doesn’t have to take all day.

My neighbor recently gave me a recipe that she loved for Lemon Rice Soup. I was a bit leery of using a can of cream of chicken soup, but it added a nice creamy texture, and the lemon juice really brightens up the soup. It’s a nice change from traditional chicken noodle. For my meat lovers, I also added two diced chicken breasts and omitted the eggs. This was an easy soup that my family gave a thumbs up and I’ll definitely make it again.