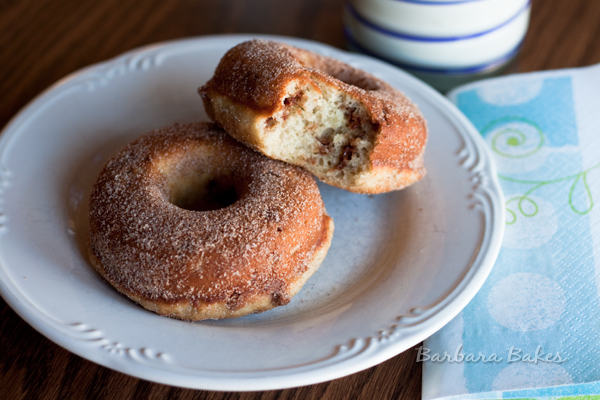 Baked banana bread donuts studded with cinnamon chips then rolled in a cinnamon sugar coating. Moist and delicious and a fun way to start the day.

Today I’m sharing a fun way I changed up my favorite banana bread recipe. It’s a recipe I’ve adapted over the years from a Cooking Light recipe. It’s fairly low in fat and sugar, but trust me you’ll never miss the extra calories. 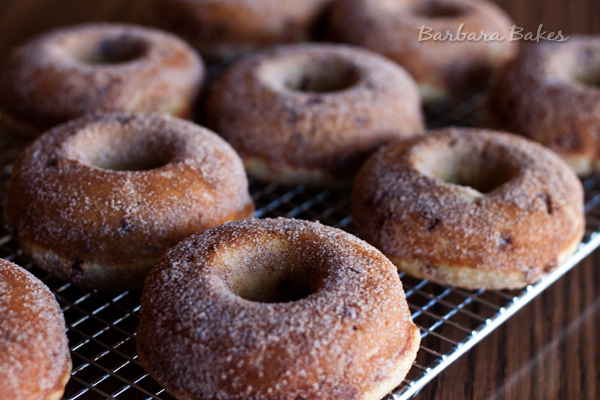 Hershey’s makes Cinnamon Chips, I used Merkens mini Cinnamon Baking Chips from Gygi, and King Arthur also sells mini cinnamon chips. Hershey’s Cinnamon Chips are easiest to find this time of year. If you love them like I do, you might want to stock up now. If you can’t find Cinnamon Chips, chocolate chips would be a great substitution.