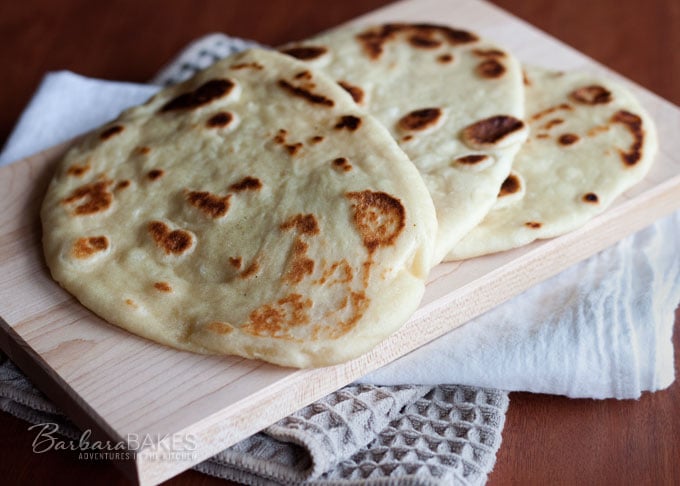 An easy to make Indian Flatbread that is ready to eat, fresh and hot from the oven in about an hour using quick rise yeast and a mixer to do the kneading for you.

If you’ve eaten at an Indian restaurant, you were probably served naan with your meal. Naan is an Indian flat bread traditionally baked in a clay tandoor oven. The dough is placed on the sides of the oven and develops a teardrop shape as the bread stretches while it hangs in the oven. 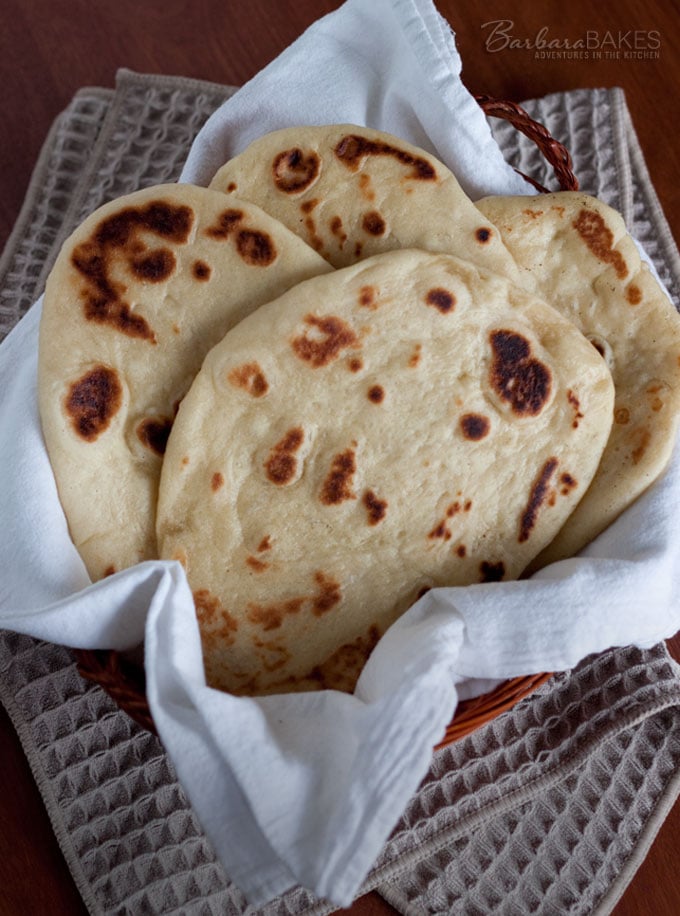 There’s a great Indian restaurant not too far from where I live, Saffron Valley. I like to stop by at lunch time so I can enjoy their lunch buffet and try lots of new, interesting dishes, but I always get the naan. Naan is a tender bread with a bit of charring on the outside. It’s perfect for soaking up all the delicious Indian sauces. 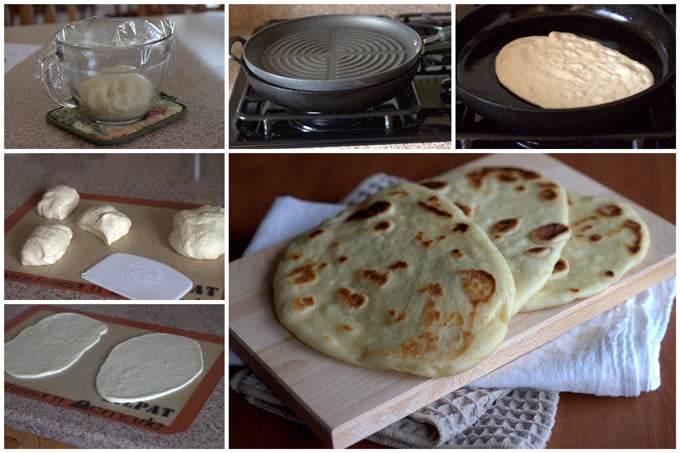 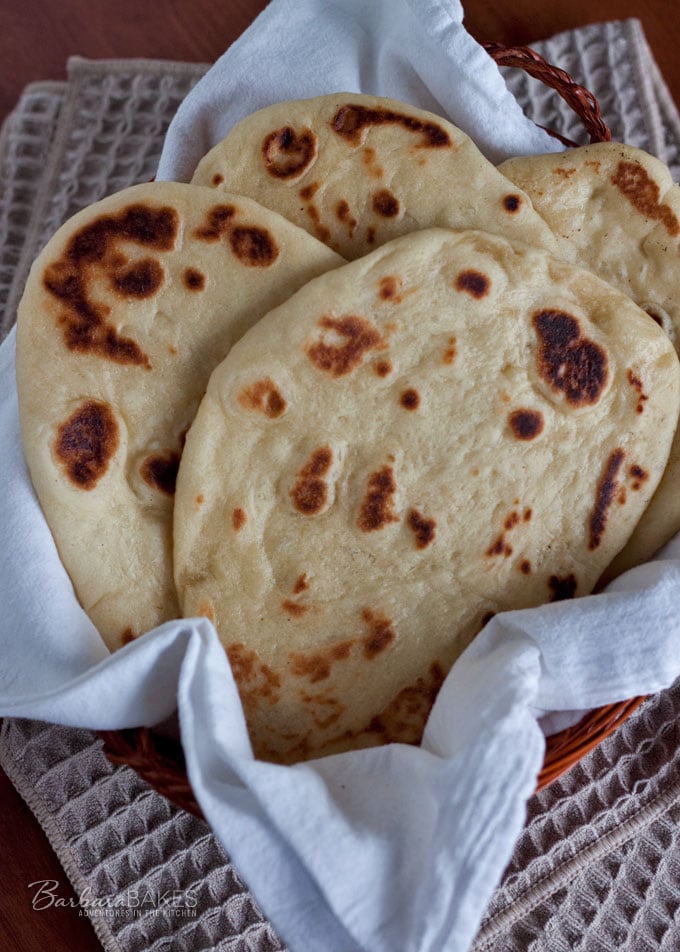 I developed this naan recipe for Red Star Yeast. I did a lot of research, including asking my dear friend Deeba, Passionate About Baking, who lives in India what makes a great naan. She said hydration is the key, she recommended a 3:1 flour to water ratio, a great yeast (like Red Star Quick Rise Yeast), and a “portion” of yogurt that works well with the yeast.

Red Star Quick Rise Yeast is an instant yeast that shortens the rising time by as much as 50%. If you don’t have Quick Rise Yeast, active dry yeast will work in this recipe as well, you’ll just need to increase the rise time. 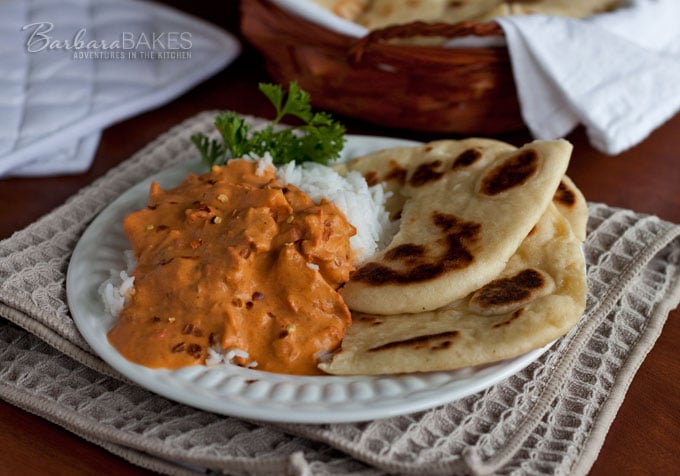 I served my naan with some Chicken Tikka Masala that I picked up at Saffron Valley. I’ve never made Indian food at home, but now that I’ve got a great, easy to make naan recipe, I need to buy some Indian spices and getting cooking.

If you’ve never made yeast bread at home, this naan recipe would be a great first bread to start with.

You can also grill your naan or cook it in a covered cast iron skillet.

Cast Iron Skillet: Preheat skillet over medium heat. Use a spray bottle to lightly mist a piece of dough with water and put it wet side down in the skillet. Cover. Cook for about 2 minutes until the bottom is lightly browned and starting to puff. Spray with additional water and flip the naan over, cover, and cook an additional 2 minutes.