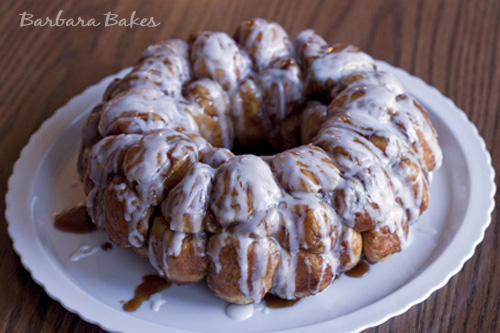 After her kids were grown and starting to have kids of their own my Mom started the tradition of having everyone over for breakfast Christmas morning. She would make Monkey Bread and have it on the table for everyone to snack on while she whipped up eggs and bacon and pancakes. The sweet little puffy balls coated with cinnamon and sugar would disappear one at a time until before you knew it nothing was left.

I was a pretty picky eater growing up and I didn’t love Mom’s Monkey Bread because she always added nuts to it. I’m still not crazy about nuts in baked goods, but I love Monkey Bread. It’s like getting just the best part of a cinnamon roll, the ooey, gooey middle in every bite. (Monkey Bread is also known as Bubble Bread or Pull Apart Bread.) 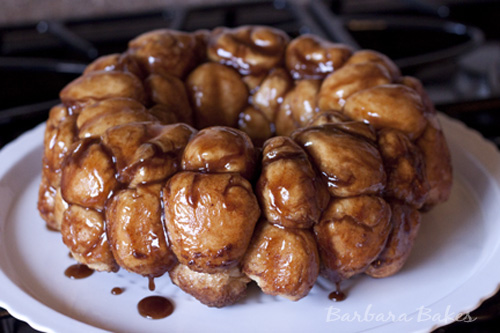 So this year in memory of my Mom I decided it was time to serve Monkey Bread on Christmas morning. I think Mom made it with frozen Rhodes roll dough the night before, but I wanted to make the dough from scratch. An internet search turned up tons of great recipes. I was especially attracted to the Cook’s Illustrated recipe posted by Kristin, on Picky Cook, because it uses brown sugar.

I adapted the recipe so that you don’t add all of the flour in the beginning, which gives you more control over the consistency of the dough and prevents adding too much flour, which can be a problem in my dry climate. I eliminated letting it rise in the oven because my home is generally pretty warm already. And most importantly I included directions to make it overnight so that it’s ready to bake in the morning. 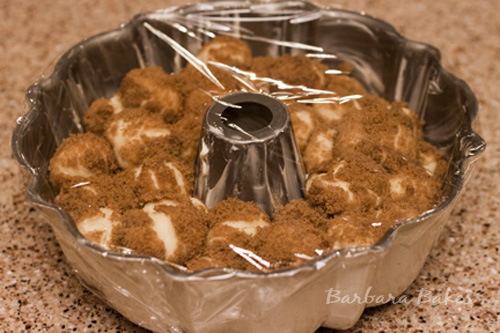 *I used bread flour and used significantly less than 3 1/4 cups flour. You may need to use more or less flour depending on the flour you use and the climate you live in.